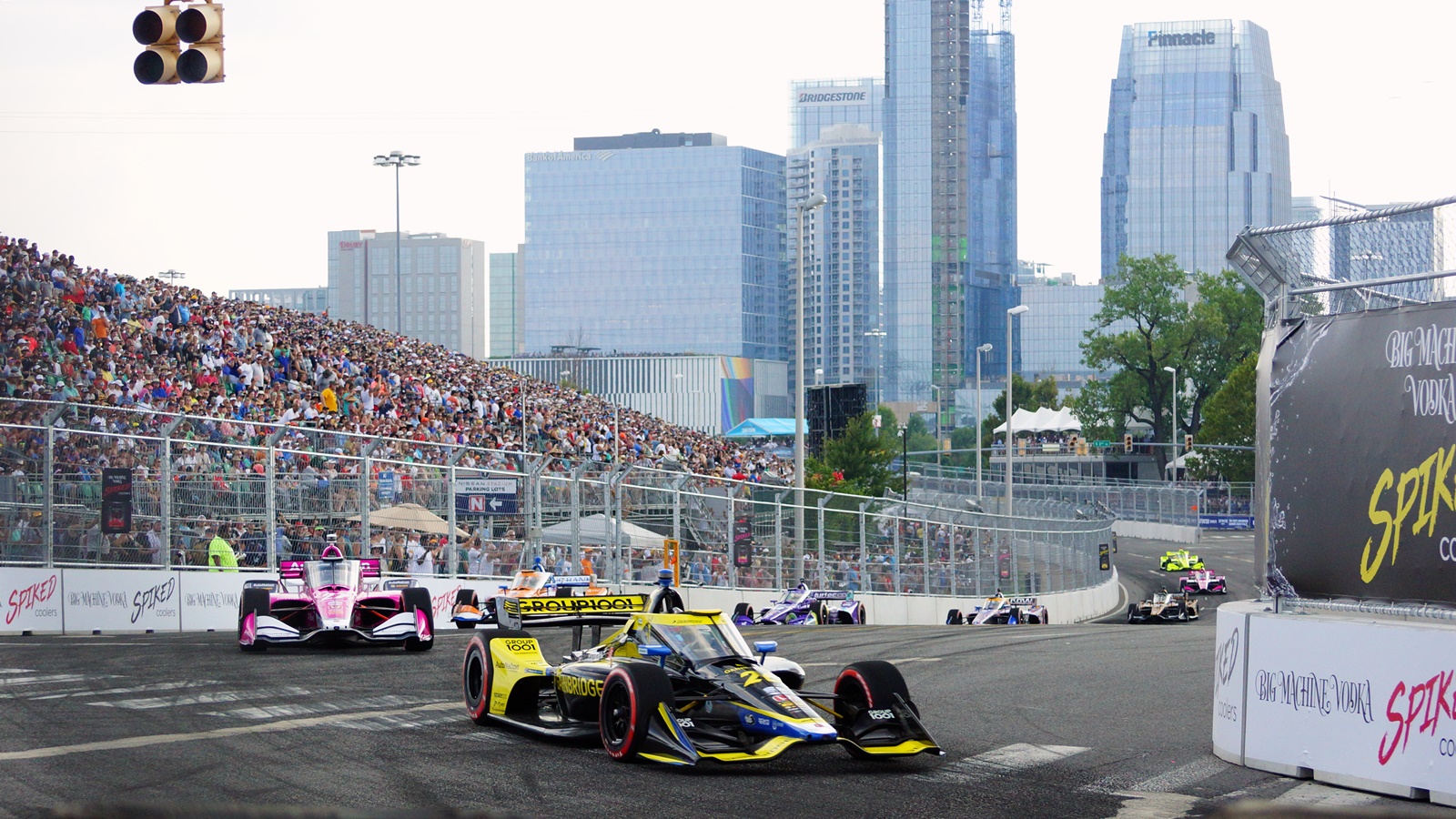 IndyCar will return to the streets of Nashville next year for the 2022 Music City Grand Prix, the promoter has confirmed.

The race will retain its current place in the calendar, and the temporary 2.17-mile course will host high-speed action over the weekend of August 7.

In keeping with the theme of the bustling city, several music stages will once again be set up on site to provide live entertainment each evening after the race is over.

For the inaugural race a few weeks ago, Marcus Ericsson picked up a shock victory after being thrown high into the air during an early restart.

A change of the damaged nose by his Chip Ganassi Racing crew, and a steady ride that mitigated the rest of the damage, saw the Swede secure his second IndyCar victory.

Running in the shadow of the Tennessee Titans football stadium and crossing the iconic Korean Veterans Memorial Bridge, the event instantly became memorable.

There was some growing pains during the first race weekend that was held in Nashville, including some grandstands which were completed a few hours before the start of the race.

However, nothing really went wrong with the event, and nearly 110,000 people came over the weekend to witness an exciting race.

With the race keeping its date in early August, it is almost guaranteed that this year’s hot and humid conditions will be present next year as well.

The Nashville race is one of a growing list of venues that have confirmed their dates for next season, including the 106th Indianapolis 500 on May 29 and the Iowa Speedway double on July 23-24.

A full 2022 IndyCar timeline has yet to be announced, but is expected in the near future.

"I felt like I did a rally": Molly Taylor in the pit lane