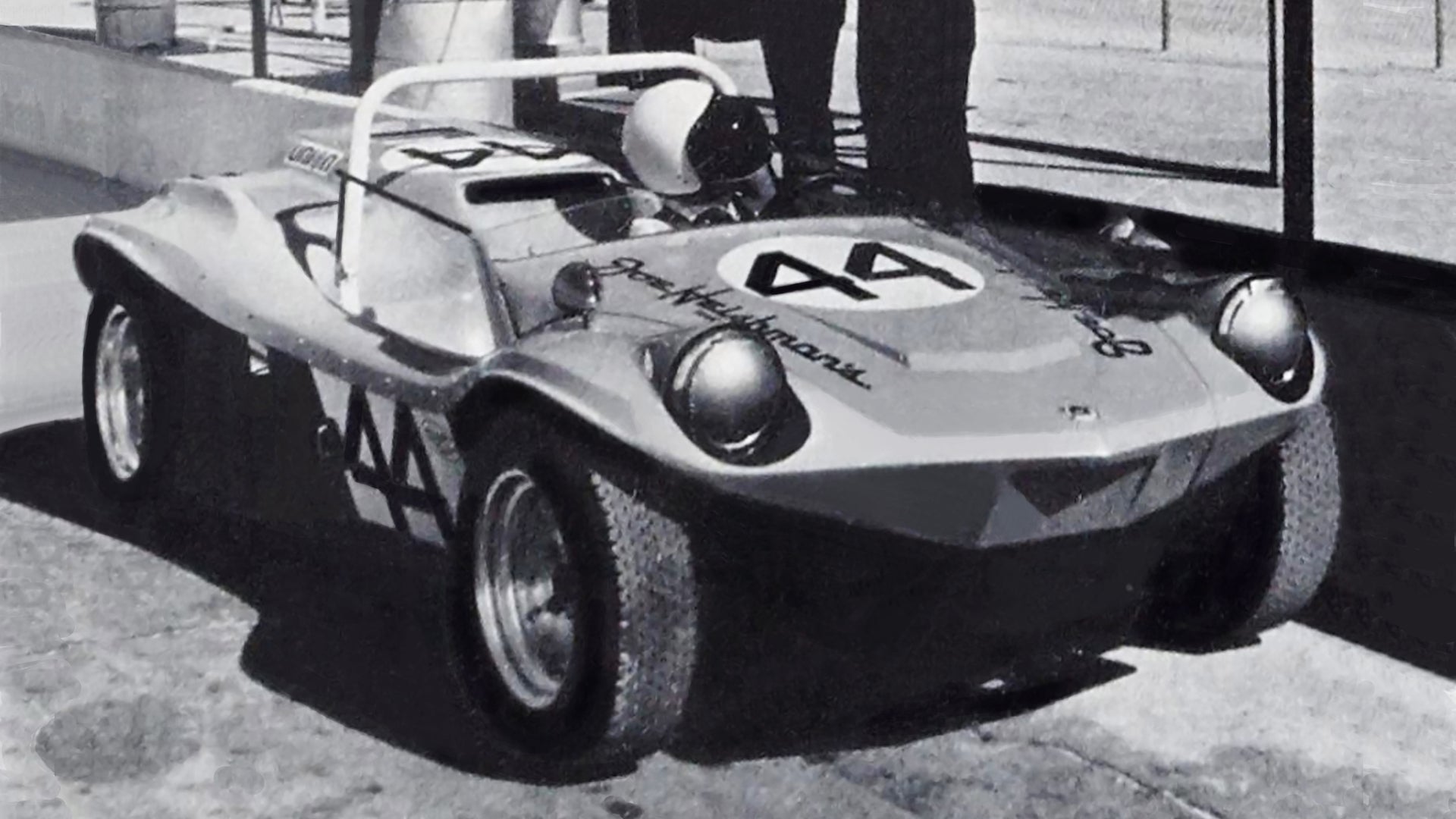 The VW was not seriously damaged, returning to the pits with a bent wheel but intact fiberglass bodywork. The Porsche, on the other hand, was not so lucky. He sustained damage to the left rear wheel, which deflated the tire, and the suspension was later found to be damaged – he would be towed into the pits and not return to the track all weekend. JW Automotive was furious and filed a complaint with the race marshals about the car and its driver, alleging that “the buggy drivers were all over the road,” according to the April 1970 issue of Sports car graphic.

Organizers investigated and, after interviewing witnesses, came to a less damning conclusion: it was a racing incident. The Deserter GS was clear to start the race, but it wasn’t going to pass the green flag anyway. Not because of the race organizers, or Porsche, but because Heishman, who sold Porsches, didn’t want the snafu to affect his livelihood and took the car away.

“I was a Porsche / VW dealer and didn’t need the headaches associated with my business partners,” Heishman later recalled. “I no longer wanted to be accused of causing more grief to Porsche.”

In the end, Heishman deserted Daytona, and even though his driver was cleared, he and the other slower competitors got what Porsche would have considered right. At the last minute before the 1971 race, teams that could not qualify on average above 93 mph in qualifying would have been banned from starting, effectively prohibiting slower base entries. Even though the Deserter GS never really competed, it still seems to have left its mark on the face of endurance racing at Daytona.

A tip or a question for the author? You can reach them here: [email protected]